Excursions from Villa la Paiola to discover History and Nature in the heart of Lazio , the most beautiful tourist locations in Lazio, Tuscany, Umbria and Rome are reachable in only short amount of time.
Relais Villa la Paiola offers a bright lodging surrounded by greenery, where the silence is interrupted only by the sounds of nature. You can immerse yourself in the rich landscape of lake’s valley and forests, lying in the sunny garden or take perfect tan on the solarium by the pool or cool shade of the trees. On the horizon – the landscape as the eye can see.
The days of relax in this quiet corner of Tuscia Viterbienne you can combine with itineraries tailored to your taste: the hosts will be pleased to advise and suggest you with available maps and leaflets. 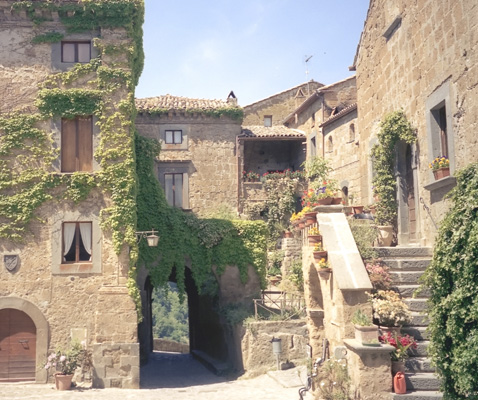 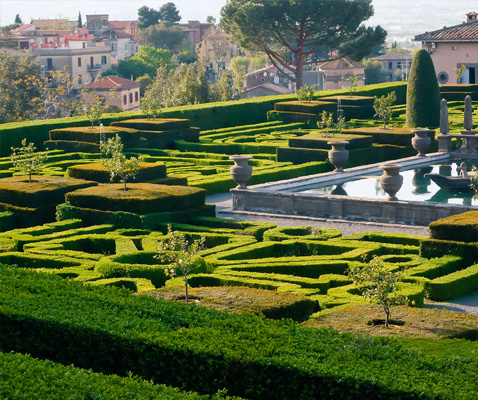 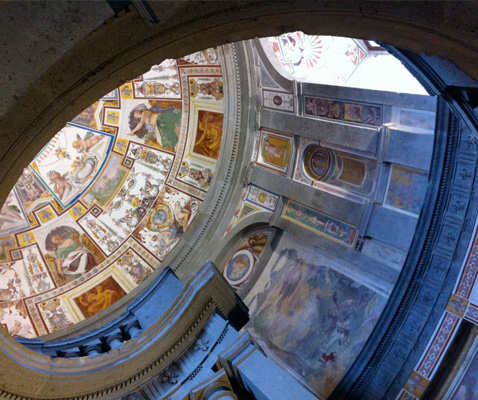 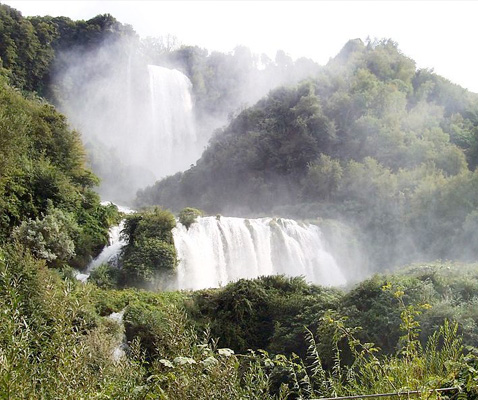 Here are three surprises from the late Renaissance, complete with gardens, fountains, frescoes and sculptures. They form part of a chain of castles and palaces owned by the local feudal nobility: Orsini (Soriano al Cimino and Vasanello), ), Marescotti – Ruspoli (Vignanello), Farnese (Caprarola, Gradoli, Valentano), Borgia (Civitacastellana, Nepi), Albornoz (Viterbo).
The first appointment – the superb FARNESE PALACE at Caprarola, built in 16th century by Cardinal Alessandro Farnese, nephew of Pope Paul III, as a summer residence.The frescoes decorating the piano nobile are the most beautiful example of the Italian Mannerist school. A magnificent park-garden is located behind the palace. The project of the garden with fountains and labytinth was completed by achitect Vignola in XVI th century. In theese temps was admired also by prince Charles de Galles.
The wealth of water is made by the numerous fountains in the Renaissance Park Villa Lante at Bagnaia. The Monsters’ Park at Bomarzo – the park of incredible stone monsters, created in XIth Century by family Orsini, is a labyrinth of symbols, where “Ladies and knights” might look for what they wanted and wonder till they got lost.The Park- “sacred wood”- is popolated with monsters and tortoises,obelisks,nymphaums and giant statues. After Orsini death nobody cared any longer for this jewel of mannerist art, that after centuries of oblivion has been saved, restored and made know by the present owner famiglia Bettini. At the entrance of the “sacred wood “ we find some lines of poet of the 16th century. One of the enigmatic message:
Voi che pel mondo gite errando, vaghi,
di veder meraviglie alte et stupende,
venite qua, dove son faccie horrende,
elefanti, leoni ,orsi, orche et draghi.
Spectacular Marmore Waterfalls in Umbria, is a man-made waterfall created by the ancient Romans and is one of the tallest in Italy and the tallest man-made waterfall in Europe.

The capital of Tuscia is VITERBO. It has a monumental structure of the most esteemed in the region: aristocratic palaces (dei Priori, the Popes, Farnese, Gatti, Mazzatosta, Chigi), charming and unique medieval villages SAN PELLEGRINO and PIANOSCARANO, cloisters and churches of various epoques, elegant peperino fountains. A well-preserved city walls, dates from the beginning of the Thousand.
Viterbienne University is the most important conquest in Viterbo of the last few decades.
Viterbo boasts one of the most important thermal areas at the national level. The famous thermal baths – Le Terme dei Papi- are recommended for rheumatic arthropathy,after- effects of fractures, bronchial asthma,etc. A large swimming Bulicame pool is used in summer for sport and health treatment.
The city shines with the annual Flower Festival in May. Head of the various cultural institutions, including BAROQUE FESTIVAL.
Marvelous Romanesque churches of TUSCANIA (San Pietro and Santa Maria Maggiore), masterpieces of early Christian.
Noteworthy is the old town of Civita di BAGNOREGGIO known as the city died. Joined to the mainland by a bridge on Valley of Calanchi.
A stone’s throw from Lake Vico is the jewel of the Roman Baroque Cathedral SAN MARTINO AL CIMINO, dating back to the Cistercians of Pontigny.
CALCATA – it has become the home of artists from all over the word.